“Why Did You Become a Career Coach?” 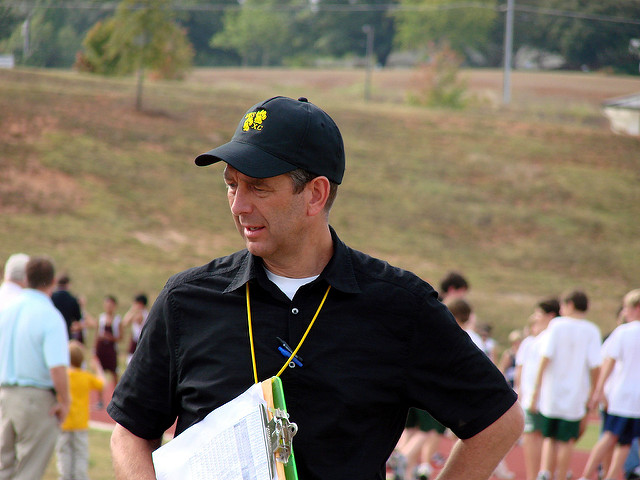 A client asked me last week, “Why did you become a coach?”

My simple answer at the time was, “I get to help make people’s lives better.”

Often when I tell my story, recalling the moments when I started to realize that recruiting was really not bringing me fulfillment, I remember a couple of months in a row that I didn’t place anyone – not one single soul. There had been a lot of changes internally: new people, new mottos, new metrics, and new matrixes. I thought about just changing firms. I thought about moving to a corporate recruiting role, wondering if I would be more fulfilled helping one company build its workforce and contributing to its culture and profits. Something in me knew that while I might find that new and exciting for a while, there was something else calling me.

There were three significant events in my career that led me down this path, and if I had not been able to see these events as gifts, I would have definitely grown bitter and cynical. I imagine that would have bled into my relationships and my health, and I can really only imagine how detrimental that would have been.

I’m not saying that I always looked at everything as a positive. The positive was not always easy to see, but I’m thankful that I had people in my life that challenged me to turn something negative into something positive, and who believed in me enough to know that I would succeed.

After college I moved to New Jersey to live with my boyfriend. This was my first really significant relationship and I felt certain we would get married. At the time, I was working in radio and I thought that was going to be my lifelong career. It took some time to realize neither my boyfriend nor radio were true fits for me. It was not easy to say goodbye to either one of them. It became easier to say goodbye to my boyfriend when I found out he been cheating on me. Saying goodbye to radio, however, meant deciding on something else. With student loans looming, I really did not want to be wrong about my next choice. In one way, it felt like I was surrendering, as I was moving back home as a 20-something. I was definitely more scared than ashamed because now I had to figure out who I was all over again. I wish somebody could have told me then that reinventing yourself, however intimidating of a process, can be one of the best things you do in your life.

After a summer home, I landed a job in executive recruiting working for a woman who would become a very influential entrepreneurial role model. I found the work challenging at first, but it was not long before I was craving greater responsibility and the opportunity to interface more with candidates and clients. I was learning a lot, but I did not feel like I could really apply it as much as I wanted. Then one day the owner brought in a television and as we watched the towers collapse, we thought only of the direct impacts of the lives lost and the wars that would take others. It would take months before we would realize how our everyday lives would be impacted.

Our clients grew quiet. Hiring was at a standstill. How was the firm going to survive? How could I possibly find another job in recruiting if no one was hiring? How was I going to grow as a recruiter? How could I continue on the path I finally discovered to be a fit for me?

The owner, recognized that the firm she had invested blood, sweat, and tears into growing, needed new revenue. She assigned me to perform market research on the executive coaching industry, and a new hope and vision for my future started to germinate. I started to think less about how prevalent the unemployment problem was. Instead, I thought more about how quickly an economy can rebound and grow when corporate leaders are in jobs that capitalize on their innate talents and strengths, when they are receiving the right support and advice to reinvent their companies’ future, and furthermore, when they find, recognize, and hire the right people to make it happen.

I greatly wanted to help the owner to transform her practice to make this contribution, but instead I found myself laid off. As hard as it was to confront all the various emotions of being laid off, I started off enthusiastic that this was an opportunity to change course to something exciting. It would be months of heart-breaking rejection before I realized that as my former owner tried to tell me, a young 20-something is not someone people perceive as being able to provide much value to executives unless I’m entering their data or bringing them coffee. Having to concede that I had to jump off this path and find something else to pay my bills was probably harder to take than being laid off in the first place.

I finally started to apply good advice that led me to a job, which was a great revelation and helps me help other people today. Though that job, thankfully, didn’t last either. After being laid off again three months later, it only took me five weeks to land a job at a recruiting firm.

Three months after that I was promoted and I was finally able to interact with candidates and clients in a way I had always wanted. I did it with a whole new perspective, however. Without realizing it, I had a subconscious agenda to invest time learning how various companies make hiring decisions and what the successful candidates were doing to become noticed, hired, promoted and paid well. My discoveries, as well as being able to give someone the news that they were chosen, were the highlights of this job. However, there were a lot of other parts of the job that were leading to burnout, disengagement, and discontentment.

Having to tell people who had been unemployed for six months that our clients would not consider them, after having been out of work for 10 months myself, caused me a lot of inner conflict. Additionally, the parts of my job that I took the most pride in, investing time and getting to know candidates, making sure that our jobs were true fits for them, whether they were contract or not, were constantly butting up against the need to accommodate the metrics of success that were constantly shifting in my firm. I could not possibly spend more than 20 minutes with a candidate on the phone if I had to make 100 calls per day. On top of that, we were expected to conduct 10 in-person interviews per week. At an hour a pop, the culture that had been described to me upon my hiring as a work hard/play hard environment became a work hard/work long environment. In the midst of planning my wedding and dealing with typical dramas that can surround such events, I let my performance slip. I was put on notice.

I consider myself a very bright and high performer. To know that my reputation was not reflecting that brought me considerable shame and that certainly didn’t help my performance at all. However, as a result of this unfortunate event, and because of companywide morale concerns, I had the opportunity to work with a coach at the firm’s expense. Experiencing first-hand how to coach really impacts your life by helping you see what needs to be seen, by asking questions you would be to afraid to ask yourself, and by empowering you to make choices that may not be easy, but that make life easier in the long run. It was exactly what I needed to get back on my true course.

In June it will be 10 years that I have been a career coach. Being self-employed has not always been easy financially or logistically for myself or my family, but what has been easy is continuing to become better and better at coaching. What has made it the best decision of my life is what I have been able to do for so many other lives.

So, why did I become a coach?

To help someone relocate to be with the love of their life, to help them buy a house together and start a family together.

To help someone realize that they mistakenly dismissed the viability of finding an even more fulfilling job on the same island country as their husband that pays equally well as their US corporate job, and reuniting husband and wife. Then helping the wife land a job as a professor where she is fulfilled impacting the lives of dozens of students every year.

To help someone who was never able to use the six weeks of vacation that they were awarded because of internal corporate pressures and increasing scope, to move to a job where vacations are considered mandatory and now is enjoying seeing the world.

To help someone who gave up at reinventing himself, who resigned himself to stay at home with the kids while his wife supported him, discover that he can continue to stay home and raise his kids while working remotely making a meaningful contribution to his family’s finances.

To help someone foreign to navigating corporate inroads recognize and articulate the transferability of his creative and entrepreneurial ventures. To see him go from being in the hole to being a six-figure corporate rock star who revolutionizes medical technologies that help millions of people.

Now a question for you: What can I do for you?