Unemployment Bias: Create Your Own Opportunities 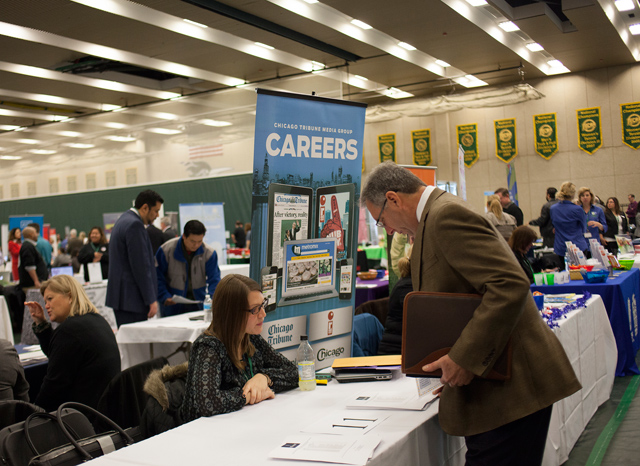 Finding employment can be more difficult if you’re unemployed. It can be a frustrating period in your life, but it can also be a great opportunity to transition faster into a new position. You can spend a 40-hour week networking, researching employers and creating opportunities that will help you land sooner.

Jay had been working as a User Interface (UI) Programmer in a large marketing firm for nearly five years. He was suddenly laid off from his job and at a loss as to what to do next. It was the first time he found himself unemployed. For a while, he lived off of unemployment benefits and applied for jobs using various job boards. Before he knew it, more than six months had passed. During the worst of times, it seemed as if Jay’s résumés went into black holes, or what we refer to as “e-pits”. Other times, he landed interviews only to have the gap in his employment looked at with suspicion by employers.

Finally, Jay had enough of his confidence being undermined by his unemployment situation and fear of never finding work again. He began to explore his network, volunteered, attended industry group meetings, and wrote often about his skills and knowledge as a UI Programmer. He made sure his work was posted to his social media accounts. He presented himself as “between jobs” and “open for new opportunities”. Eventually, he was hired by a new marketing firm. The information about the job opening had come from his network, but it was Jay’s self-confidence and ability to sell his own worth (as opposed to coming off desperate) that helped land the job.

This example encompasses two scenarios. In the first, a person finds him or herself without employment and they reactively search for a job. They visit online job boards or send hundreds of résumés out in the hope of getting called for an interview. They don’t find a job immediately, months pass and they become caught in a vicious downward cycle. Employers question the long gap in their employment, they lose confidence, become desperate and apply for any open position at a company and they continue to languish as the interviews (and their finances) dwindle away. There are millions of these types of heart-breaking stories.

While some people eventually get a break, there is a difference between getting lucky and creating your own luck. Getting lucky means you’re at the mercy of your circumstances. Maybe someone will see your résumé and give you a chance. When creating your own luck, you’re actually creating your own job opportunities. Your ambition, passion and drive, combined with your skills and qualifications make you too tempting of a candidate to pass up. Which brings us to the second scenario.

A person is unemployed, but instead of reactively looking for work, he or she takes a proactive job search approach.  They go to their network and ask about open positions. They volunteer when they can, and they make sure to attend networking events, industry meet-ups, and do whatever they can to meet people in person. They present themselves as “between jobs”, but they keep abreast of industry news and maintain a competitive advantage. They even take some time to hire someone to polish their résumé or do it themselves. Their personal brand demonstrates their skill, value and passion. They know people in their network will eventually produce leads, and they will be ready to capitalize upon those leads.

Let’s get the obvious bad news out of the way: It can be harder to land a job if you’re unemployed. Employers have a variety of biases toward the unemployed. These biases can create a challenge for job seekers, which may require applying a different strategy to a job search. Employers may assume a worker’s skills may have become rusty if he or she has been out of work for more than six months. They may feel if a person can’t immediately land a job, he or she must be lazy and can’t keep a work schedule. Or it may be more tempting to poach an employee from a competitor than hire someone unemployed, even if the unemployed person has stronger qualifications. Some employers may go as far as to tell the unemployed they should not apply for an open position at their company.

Quite frankly, excluding the unemployed is extremely short-sighted. Abby Kohut argues in her article, “Why ‘The Unemployed Need Not Apply’ Need Not Apply to You” that it is absurd to eliminate out-of-work job-seekers without understanding why they’re unemployed. The reasons can range from stay-at-home parents returning to work, workers who were laid off, or workers who were fired (it’s not always the worker’s fault). That last reason is quite chilling. Your job could vanish in an instant due to no fault of your own. Don’t let employer bias deter you from your job search. At the end of the day, networking is still the best way to land a new job. Also, the employer practice of poaching talent doesn’t always work. There will be positions that need to be filled immediately and a highly qualified unemployed person could be the perfect match.

Employer bias is such an issue that legislation has been passed banning this practice. I wrote about it in my article, “Unemployment Discrimination: Does it need a solution?”, New York City passed a jobless discrimination bill in March 2014, while 11 states and multiple cities have their own versions of these laws. The legislation seeks to prohibit unemployment discrimination and allows aggrieved applicants to sue employers (in certain cities, like NYC). Unfortunately, as I wrote in my article, these laws are more of a hindrance than a help as the economy improves.

Technology is rapidly changing business and the long and short-term unemployed need to have the latest skills to compete. If these laws aren’t accompanied by training programs to help the unemployed compete in the workplace, they can be harmful. In some states the unemployed have to surrender their benefits to receive state-compensated training. While such a move could be beneficial in the long run, a reasonable person would have a difficult time forfeiting guaranteed income in order to participate in such a program. It’s hard to focus on learning when you’re unable to put food on the table. Furthermore, creating legislation to ban unemployment discrimination won’t prevent employers from covertly excluding the unemployed if they’re really determined.

So, should you present yourself as unemployed?

My opinion is… Be You! Lying on your résumé or your LinkedIn profile about your employment status won’t gain you any favors. In fact, it may become clear that you’re lying. I had a prospective client who was told by peers not to change her status on LinkedIn. This could be perceived as a lie, or an oversight. Either way, it doesn’t present you as forthright, accurate or prompt. Be yourself and believe in your professional value. You may be out of a job, but you still have a lot to offer an employer. Your skills and knowledge didn’t vanish along with your job.  (There are some careers that will become obsolete in the future, and it may become necessary for those professionals to reinvent themselves.) Know your target market, your skill set and your qualifications.  It is the passion for an industry that shines brilliantly. Your passion is your brilliance, and that brilliance will attract others to you.

Your personal brand should reflect your brilliance. You’re unemployed, but if you constantly blame others, and your former employer, it reflects badly on you. Think about it. If you’re constantly on your social networks, or attending events decrying your unfortunate situation, others will take notice. Instead of noticing your passion for your industry, others will only see your bitterness and will make it a point to give you a wide berth. On the flipside, if you’re constantly presenting yourself as passionate and engaged in your industry, someone will take notice and it could lead to job opportunities. In short, you may never know who’s watching, and you want to attract people, not repel them.

There are employers who will always have a bias against the unemployed, but ultimately it is their loss. Being passionate and unemployed can have its own advantages. Here’s a scenario to consider. Some employers are targeting those currently working for their competition as their priority effort, or expecting the third party recruiters they work with to do so. However, this requires a lot of selling and wooing, and there’s also a LOT of negotiating to make this successful. When this gets tiring, they look for the people immediately available. And if a need is urgent, they are not going to look for people who need to give two week’s notice. Suddenly, that highly-qualified, zealous and extremely available job-seeker is too tempting to pass up. Or maybe that job-seeker has been targeting employers of choice and now a position is finally open. Again, why bother looking elsewhere and negotiating with someone who’s already employed, when you can hire a passionate job-seeker who has been making connections within the company?

Let’s return to a favorite adage of mine that you can apply to employers and their attitudes about hiring you– “Some will, some won’t. So what? Next!”.

That’s much easier to say when you have momentum on your side. Don’t fall into a fear trap, thinking that you have to play political or tactical games to make it through the process. The difference in how it feels to generate interest by just being your best self versus pretending to be something that you’re not is the difference between freedom and being trapped. This is what we mean by “Unveil Your Brilliance”. We mean, be you, because you are brilliant, and people just need to see that. We don’t mean try to be something or someone else. That’s not the path to empowerment or authentic happiness.