The Dangers of the “Average of 5” Rule 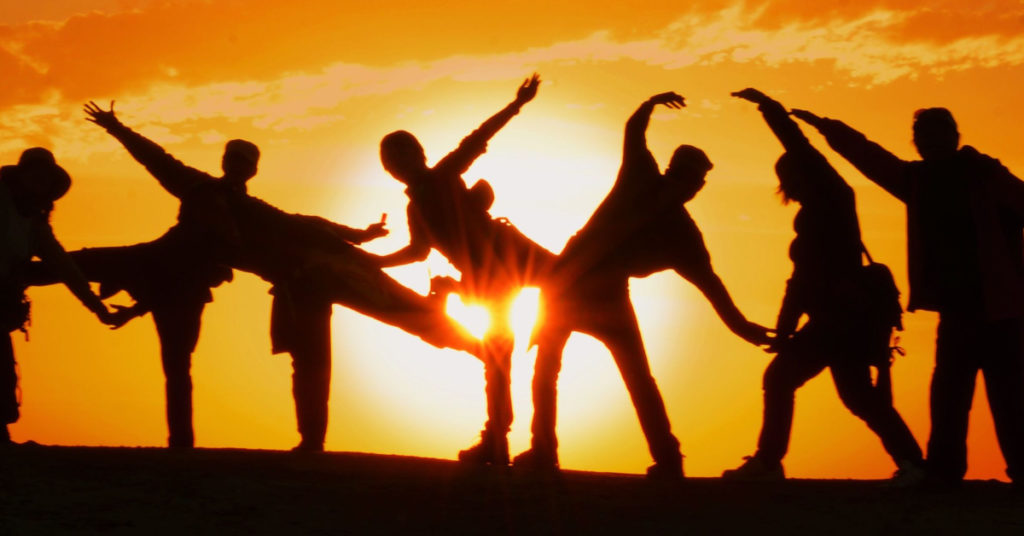 I have learned profound wisdom from Jim Rohn, but one thing he taught, which many other coaches echo, is that we are the average of the five people with whom we spend the most time. The advice around this is to surround yourself with people who already have aspects of the life that you want for yourself to elevate your station in life.

One study confirmed that it’s not only the five people closest to you, but also the people who are close to them, and so on. The reason, they identified, was norms. “Your perception of what is… acceptable … and your behavior changes” according to what you see more regularly.

A few dangers could arise from following the “average of 5” rule too strictly. Let’s explore some of them.

On one hand, if you aspire to be a visionary entrepreneur, by all means, seek out opportunities to spend time among visionary entrepreneurs. Spending time with people who have achieved what you aspire to achieve is one great way to keep you motivated, and it serves as a pull rather than a push. It will also most likely shorten your path from current reality to achieving your desired reality if you can learn from them how to overcome challenges, navigate most successfully, and expand your sphere of influence to include people in theirs.

On the other hand, people use this “average of 5” rule to justify cutting poor or unambitious people out of your life. I do agree that, while very hard, it’s important for self-preservation to put distance between you and toxic people in your life – those who seem to intentionally make you feel bad, whether conscious or subconscious. However, we know it happens – some people make it big and forget where they came from. They lose touch with the struggles of everyday people. It’s why self-aware executives participate in the show Undercover Boss. Even if you don’t intend to, you can forget the reality of not having money, status, luxury items and vacations, etc.

Yet another problem is that sometimes people do get left behind, and you can’t make and keep any guarantees.

Sometimes naturally, just as a byproduct of growing and changing your lifestyle, things you once had in common with people shift. You can become people that no longer have the same struggles that originally bonded you. The bonds can weaken and you could become unrelatable to each other. Sometimes ego is in the way of someone else wanting more for you (e.g. why should you get what they don’t have). Other times, people will “punch holes” in your plans because they fear losing you. They fear you changing or they fear being left behind. In another possible scenario, they could genuinely believe that you’re more likely to fail than succeed, which is really a reflection of their norms, and they are trying to “save you” from getting hurt or disappointed.

When people get left behind, the divide can widen. Feelings of hurt can manifest as anger and resentment. One person can turn the rest of your old crew against you.

Now, on the bright side, people can just as easily become more likely to succeed because you do – the same way you are more likely to smoke or gain weight along with those closest to you. So it stands to reason that if you intend to follow this advice, and cut out or intentionally distance yourself from these people who are below your measure of achievement, then their chances of being positively impacted by your success is much less.

Another danger is falling into a new crowd that may elevate your pay or status, but denigrate your core values. If you are not mindful of keeping your norms aligned with your values, you may start to lose touch with your values and act in ways that start to seem acceptable, because more of your close contacts act in those ways, even if they are in direct conflict to what you had decided individually were your values. Think about the celebrity college scandal. Even in that illegal situation, one person allegedly involved couldn’t see what was wrong with it – everyone was doing it.

Still more dangerous is this “go get yours,” “rugged individualism,” “drop the baggage holding you down” mentality.  While we are fighting as a nation about how to deal with mass shootings, seeing how we put controls on guns without taking away freedoms, and knowing that mental illnesses are on the rise and also contribute. What to do about this seems to escape us, except to try to strip away the stigma so that we can get that conversation going. Leaving people behind can also be dangerous.

There is another way to look at this. As per my last blog about raising corporate consciousness, just as people can elevate so much further in income and status and become removed from their poorer or less ambitious connections, people can also evolve too far in consciousness and lose touch.

Not all of us will be monks or spiritual gurus and live a life detached from material things altogether. It seems so far fetched. Most of us will not risk our 9-5 jobs, healthcare, etc. to chase butterflies, so to speak. However, some people have found ways to live in which their lifestyles are provided for as a result of imparting their wisdom to a following or tribe. Though the average everyday person* can certainly glean wisdom from these teachers, there is too much dissonance from the current reality of a guru to the current reality of an everyday person for a guru to serve as a true model.

* Let’s define the everyday person as someone who works for someone else to generate their income, carries some debt, follows a budget out of necessity, and would need a loan for very large purchases. This person may have religious beliefs but is not necessarily living according to them at all moments. Life is challenging, and sometimes also very time-consuming. So much so that self-care, self-reflection, and spiritual practices are sacrificed.

We need people at various levels in the middle to serve as ladders, to stay relatable and somewhat in resonance with the lower levels to inspire them to elevate.

So, if you’ve heard this advice and it felt wrong to assess your friends and family’s worthiness of being close to you, honor those feelings. Do bring new people into your sphere of influence to help you elevate, but keep your hand outreached to those below. Not everyone will be willing to take your hand, especially if your rise has been less than gracious. However, work with the willing, and, based on the science backing up the “average of 5” rule, gradually more and more will elevate at their own pace.

Karen Huller, author of Laser-sharp Career Focus: Pinpoint your Purpose and Passion in 30 Days (bit.ly/GetFocusIn30), is founder of Epic Careering, a 13-year-old leadership and career development firm specializing in executive branding and conscious culture, as well as JoMo Rising, LLC, a workflow gamification company that turns work into productive play.