Posted on February 20, 2014 by Karen Huller in Campaigns, Employment Situation | Leave a comment 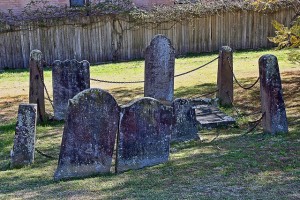 I don’t know if you’ve ever been a telemarketer, but it is quite the unappreciated duty.

One of the many jobs that helped me pay my way through college was telemarketing for a cemetery. That’s right—I had to call up people from a call list and tell people that they won a free burial space at a value of $800 and all they had to do to claim it was make an appointment to come see the grounds. I stayed for two weeks.

I also was on the student fund development team at my alma matter, Ursinus College.  What I learned is there is no generally receptive audience for telemarketing.  You could be legitimately offering, say, free advice on how to accelerate your career transition.  Still, people will pick you to project their frustrations on.  Any reasonable offer could be considered preposterous, especially if the offer is made to one of the 10.9 million people out of work.

You don’t know where your next job lead is going to develop.  People land jobs in the most unconventional and unpredictable places.  There have been some who land new employment just by describing their ideal role to their dentist.  I, on the other hand, was given a lead for one of my clients from a telemarketer.

She lived in Michigan and worked through a firm located in Washington, D.C. that had a credit card company in Delaware as their client. We spent time talking about how much she enjoyed being able to work from home in the evenings. It wasn’t glamorous, yet it fit her criteria.  That same week, I was able to pass on the name of that telemarketing firm to a customer service representative who was looking for a legitimate work-from-home position.

Telemarketers can be your ally.  Most people can be your ally, actually. As long as you are genuinely interested, the person on the other end of the phone may be willing and able to share insights into what it is like to work for that organization, the general pay scale, or if any other departments are hiring.

Telemarketers may just be doing what they have to do part-time or temporarily to pay the bills. Their true vocation may be completely different. Perhaps they were even a hiring manager and will be again some day.

It’s a small world. If you were the rep’s most irate customer, chances are they’re venting to their colleagues, and maybe even their boss. Your name could be travelling around through the corporate grapevine while you stew in your ire.

You might lose some time by listening, and furthermore engaging in conversation, but you might also gain some intelligence that leads you to a paycheck.