Why the Eagles’ Story is Everyone’s Story

Posted on February 5, 2018 by Karen Huller in Goal Achievement, motivation | Leave a comment 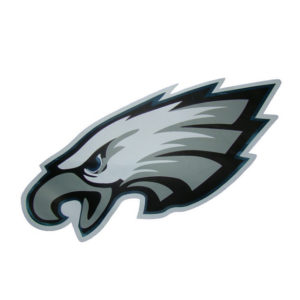 Philadelphia is a cynical city. Years of disappointment in our sports teams, being stuck in between the global behemoth of New York City and the country’s capital like the neglected middle child, and, well, our reputation for demonstrating anything but brotherly love has brooded a victim mentality.

It’s tough to be an athlete in our city. When our athletes fail to perform, we are the first to criticize. This goes for managers and owners, too. We wear our hearts on our sleeves, and our sleeves have said, “You disappointed us, but we’re used to it.” It’s still love, it just looks a lot different than what you think love looks like. It’s tough love. It’s the love you endure in spite of being heartbroken over and over again.

That’s how it had been, anyway.

This year, right from the beginning of the season, a new attitude was born. A new outlook started to take shape. It’s something that you can see with your eyes when you watch the season unfold, but it becomes more and more real as you FEEL it happening. It didn’t look like struggling and striving, though you could see they were working hard. It looked like joy, camaraderie, and faith, and it was contagious.

I’ve had this theory since first studying quantum mechanics and neuroscience in 2008 – Philly teams have lost so much because of US – the fans – and our expectations, our shame, and disappointment. On the metaphysical side, we are attracting what we put our focus on, and when we focus on their poor performance and everything they did wrong, we manifest more of that. Then there’s the neuroscience part of it:

I know I can’t take credit for this AT ALL, but the year I formulated this theory was the year the Phillies won the World Series. I was in the city that night, on Broad Street, with my dad. It was a night I’ll never forget. The magic lasted for a while, but there was still an underlying, “Bet they can’t do that again” belief that all the magic and the fairy dust settled back into the dirt. Even though I thought I had stumbled on something significant that should have inspired me to keep the faith, I couldn’t shake the doubts.

This Eagles team, though. This coach, these players. There was even something different about Jeffrey Lurie. It was their surrender and their knowing that their destiny was bigger than any one of them individually. It was their practiced celebrations that let YOU know that THEY knew there were going to be some big moments to celebrate. It was their locker room energy. It was their totally calm interviews, even as another player made the DL. It was their “next man up” mentality. It was their lack of ego. It was their belief in and support of each other. They made me believe, and even though the city is full of cynics, and some remained so, I never saw so much hope and faith among my fellow Phans.

I was at a party with my guy friends from high school when the Eagles played the Falcons in the division playoffs. My friend, Chris (aka Bird, who coincidentally married a girl named Birdie,) was definitely in his cynical mindset by the 3rd quarter with the Falcons leading by one, and an “easy pass” was not completed by Ajayi.

“I can’t help it. Year after year they choke. Why should I believe this will be any different. I’ll just wind up disappointed again. They’ll blow it.”

I shared my theory him, and I said, “Maybe the recipe for winning is faith first.” He considered it for a minute, but you can’t reverse a lifetime of belief in a moment.

A few more moments later he said, “I changed my mind. I decided to believe. I have faith.”

“Do you mean it?” I asked surprised.

I knew he was trying to see if it would pay off, like an experiment. I sent up a little prayer, got myself in gratitude that it was already granted, and asked the angels to make this an affirming revelation for Chris, who had his own tough times and needed to feel like redemption was not just possible, but likely when you have faith first.

I felt it in my bones, and my smile said, “They already won.” After a field goal, a sack (by us,) and then a nice redeeming run by Ajayi, it was clear the momentum was in our favor. Our next drive downfield was little gain by little gain toward a field goal. Then a critical call went in our favor (not something we have come to expect.)

Then came that moment that Eagles fans anticipate – “Here it is. This is where they always blow it.”

We had a 5-point lead in the 4th quarter, but the Falcons had gotten all the way to the 2-yard line. “Chris, do you still have faith?”

We didn’t choke. Atlanta did! Our defense was on, and their offense was off.

As opposed to 2008 where our champions were mostly veterans, we managed to win with back ups. It was a win generated by something bigger than any individual player, and I believe it is totally repeatable. We’re no longer victims of a curse, or injuries, or bad calls, or bad karma.

It’s not as if our players were perfect in the Super Bowl. They were definitely not! AND the fact that they were not perfect was perfect, because even after they failed to complete a pass, or put pressure on Brady, or get the critical 2-point conversions, they came through when it really mattered – the turnover, the sack, the field goal that got our lead back, that final end zone defense.

They didn’t let their mistakes dictate their destiny. Instead of playing the victim, they embraced the underdog role and didn’t let anyone else decide what they deserved as their destiny. Super Bowl LII was a true Rocky story – THIS is who Philadelphia is, but it’s who anyone can be.

That’s why this is everyone’s story.

Say what you want; we’ll show you who we really are – CHAMPIONS, baby!