Have You Been Broken by Losing a “Once-in-a-Lifetime” Opportunity? 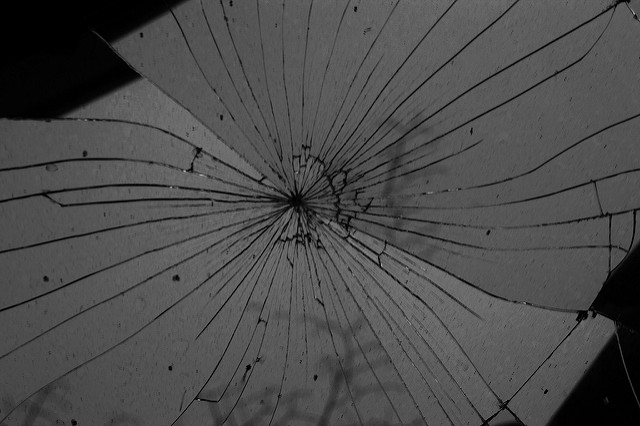 Seven Years of Bad Luck by Blondinrikard Froberg of Flickr

This may sound obvious, but the way you perceive your world will greatly impact how you respond to challenges as well as the outcomes.

Not only have I seen many people become broken when an opportunity that I thought could be once-in-a-lifetime fell through, but it happened to me as well.

I was a few months into my job search in 2002 and still had a fair amount of optimism and confidence in the value that I could offer, yet at the same time it was a critical point for validation. I knew at that early stage I wanted to be a career coach, but that I did not have adequate experience to be a good adviser. I had the opportunity to interview with and be enchanted by a high-end career coach who was looking for a protégé and was hiring a job developer. This seemed like a perfect next step, leveraging my sourcing and research experience, and giving me a chance to see what it really takes to generate job leads.

He spoke with such passion and his office was impressive. I was even impressed by the monogrammed folder he gave me with information on his firm. I felt deep down inside that this person was going to be influential in my life and my career. I even had a touch of the “Irish weepies,” which is what I call it when I allow myself to be overwhelmed by joy or poignant emotion. That is why I have shied away from singing at weddings and funerals. I felt a little bit embarrassed by how I allowed myself to show my emotions, and he seemed to be empathetic and still very interested in vetting me as his protégé. I saw this as a once-in-a-lifetime opportunity.

The next steps were to hand in a detailed job description, as this was a new position he was creating. This assignment was super exciting to me and really made me visualize all that I wanted to do and all that I wanted to learn to be a valuable contributor to his firm while at the same time preparing myself for my ultimate career. I immersed myself in imagining what the day-to-day would look like, as well as short-term projects and long-term projects, and setting my own success goals for 30 days, 60 days, and 90 days.

As any good quality effort would require, I had other people review it and offer feedback. I wanted to make sure that it was a top notch submission. It occurred to me that he could just be using me as an applicant to write a job description for him, and that did not even matter because I was so sure that I would impress him and he would excitedly offer me the position.

This was not what happened.

I literally sat by the computer after sending it thinking that my phone would ring any second or an email would come back instantly. A few hours passed and I rationalized that he was probably busy with clients because he is a successful career coach, and I should give it the obligatory two days before following up, like dating, which was the world I knew much more about at the time than job searching. I followed up after two days with an email confirming that he received it and scheduled to call in two more days if I had not heard from him. I left a message reasserting how much I enjoyed the assignment and really being able to visualize myself in this job and was excited to hear his feedback. After the weekend I received a one line email.

It went something like, “Thank you for your efforts, it was not exactly what I was hoping for. More feedback to come.”

But there was no more feedback to come, and there were no more communications from him even after following up three or four more times. With each call I had to muster up more courage and confidence where there was none, and pretend that I was just patiently waiting, when in fact I was a nervous wreck, and I was angry and hurt. The longer I waited without a response from him, the surer I was that he was not at all empathetic and most likely did use me to write a job description for a job that someone else was going to fill.

It broke me. I felt broken. I felt used, undervalued, unworthy, and hopeless. Do you think I was able to ace any interviews I went into as this person? Nope.

Seven or eight months later I did wind up landing in a job that was a step back and not at all on the career coach track. I got back on track eventually, as you know.

With a more experienced perspective, I look back at that time and realize everything that I did wrong, and I make it my mission to save people from being broken from similar circumstances.

Here are a few things that I know now that I wish I had known then:

There are many roads to success. Relying on one resource, or one person, or one company as your primary means to achieve success is disempowering and misguided. You do not have to align yourself with unscrupulous people, you do not have to sacrifice your values, and you do not have to let yourself be taken advantage of or neglect your health in order to achieve success. It may not come instantly, you will face challenges, you will need to take inspired action, but with passion, persistence and resourcefulness, it will happen if it is right, and if it is not there is something better.

When I gave up my idea of how my career path was supposed to look, I found many other paths that I could take to get there. I had to recover my sense of hope before I could see alternative solutions, and that was not easy, honestly. However, once I reclaimed my resolve to make my career work for me, I found that so many more friends were willing to help me, and I could be that person in an interview who could inspire confidence, and ultimately get the offer.

After more years in the employment industry as a recruiter, seeing how much can happen in the hiring process that can impact a successful offer and acceptance, I would have warned myself not to be too dependent on this one position being the key to my happiness. That feeling I was so certain of, that this was it, I would have encouraged myself to keep the enthusiasm, but also keep up all efforts to generate opportunities. Perhaps if I had been talking to one of his competitors that career coach would have found me to be more of a competitive advantage in his business, and I most likely would have seen that he was just one of many people that could have taken me on as their protégé. Perhaps if there was another career coach they could have been an even stronger mentor for me. I would not have relied on his positive response to validate my worth.

There were certainly some practical job search tactics and strategies that I failed to implement during that job search, which I know now. That said, there is also the mindset and emotional component of job searching that is far too overlooked by jobseekers, the stakeholders in their lives, as well as a lot of career coaches.

I may not always be able to prevent you from being broken in your job search. If I can, I will. However, if you have been broken, let us mend you. Mindset mastery is a primary component of our six-week, three-month group, and one-on-one coaching programs. Do not underestimate how pivotal this can be to your job search success, and your career success going forward.

Join us for our upcoming six-week epic careering fast track program and a live group coaching program which is starting soon. Space is limited! Or, fill out a Needs Assessment Form and take advantage of a free 30-minute sampling of our one-on-one coaching.