Bias is Human, Yet Harmful

Posted on January 30, 2017 by Karen Huller in Careers, Hiring/Recruiting | Leave a comment 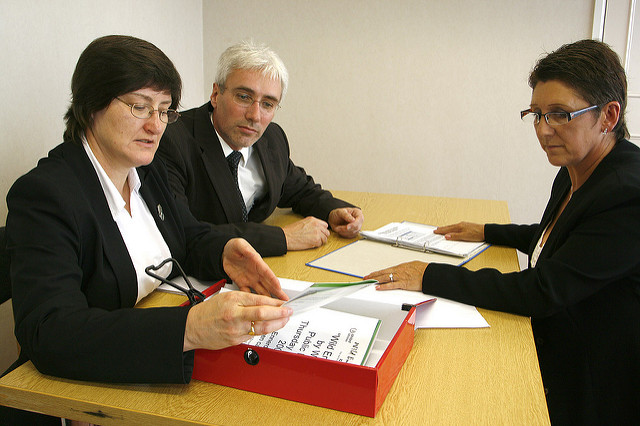 In my recruiting days I had a Vice President who advised repeatedly, “Refute your bias.”

Obviously there are biases that could get us in legal trouble, but she was more so referring to the more subtle biases that can make us dismiss or favor certain candidates. This advice was not in contradiction to using your intuition, but it was just a way to check ourselves before we make decisions that impact our candidates or clients.

Bias is not always bad or wrong; it is a built-in safety mechanism in which we make associations to decide if we are in any harm. It is automatic and it is human. However, now that our brain has evolved higher intelligence beyond our reptilian, instinctual brain, we can take into consideration much different input and make decisions that are more based on logic. The tricky part is recognizing which part of your brain has made the determination.

How much does bias really interfere, though? Why can it be detrimental?

Last week we talked about how critical EQ and empathy have become to corporate success. Bias, on the other hand, when not accurately and promptly assessed will impose unnecessary limits to what you can achieve with other people. This is because you are, by nature, actually limiting the population with whom you can successfully create or limiting the success that you can have with people for whom you have a bias.

It is easy to see that from a recruiting and hiring perspective, a bias will slant what the right candidate looks like, causing you to overlook someone who does not fit that image, but is the better candidate for the job.

As a job seeker, you may think that your intuition is telling you that a potential boss or co-worker is not someone with whom you could work successfully, and you may either decide to not pursue that opportunity or not to give that opportunity 100% of your effort in expectation that it will not work. This, then becomes a self-fulfilling prophesy.

If I continue to list these, I will eventually hit upon a bias you possess. The question is, will you recognize it? The ability to recognize and evaluate your own bias is absolutely essential to your EQ.

Here are three questions to ask yourself to determine if bias is impacting your perceptions, beliefs and actions, and potentially limiting your success and happiness:

Only someone with a high EQ would be willing to accurately answer #3, but just asking these questions in the first place are a great way to raise your EQ.

I would like to disclaim that I believe strongly in developing and using your intuition. I distinguish my bias from my intuition by asking these questions. However, once I acknowledge and remove bias, I lean on my intuition, which is a completely different exercise – one that I’ll save for another time.

How has bias impacted you?