Are Careers Like Soul mates? Is There Only One? 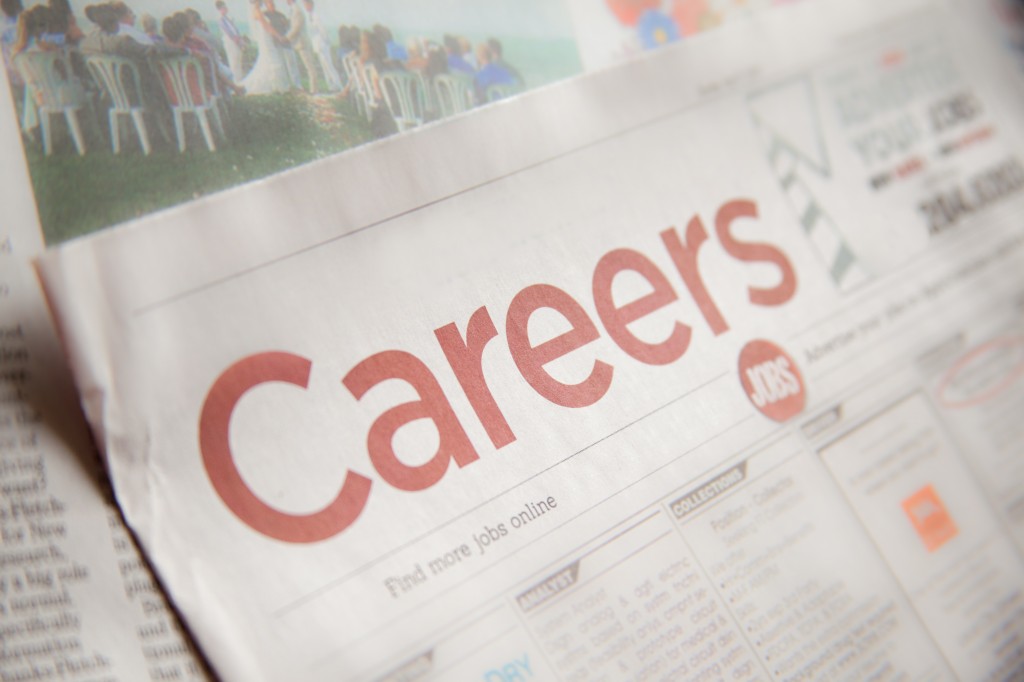 There are those who believe there is no set career path, and that anyone can do anything if they work smart enough. This may mean starting over and redefining themselves every few years. Or they may chase after their passions until they find a career that excites them.

Then we have those who believe we are all destined for something, or we should use our God-given talents to their full potential. It could be the boy or girl who discovers they love drawing at an early age and sticks with a career as an artist. These kinds of career paths aren’t always easy to follow, but those who stick with them are driven and passionate.

For many, the career paths we originally set out with turn out to be very different from what we ultimately settle on. We may switch careers multiple times within our lives. Or we may hold down more than one career at a time. Here’s an example of someone who has multiple careers:

A 2001 New York Times article titled “Traveling 2 Roads In One Life” profiled Angela Williams. She began her professional life as a lawyer. After a few years in the Air Force as a prosecutor, she moved on as a federal prosecutor in Florida. A year later she traveled to Jerusalem, and visited Biblical sites. Suddenly, she felt a strong calling to devote herself to the ministry. Within two years she began to study theology while she balanced her life as a lawyer. By 2001, Williams put in 50 hours a week as a corporate lawyer by day, and worked up to 40 hours per week as an associate minister at night. When Williams began her career as a lawyer, she never envisioned being a minister as well.

As I wrote in my article, “Your Attitudes About Work Can Shape the Career Path of Others,” the idea of working for one company in one field is a rarity in today’s world. We are living in a world where people either switch careers or are expected to juggle multiple careers within their lifetime. Data from the Bureau of Labor Statistics revealed that 5% of the labor force are multiple job holders as of December 2014. Ed Dolan breaks this information down further and explains why people hold multiple careers in his EconoMonitor article. Data from a 2004 survey suggests about 25% of people have multiple jobs because of financial hardship and 21% of people care more about the value of a second job, rather than the extra money. These are people who are more interested in the experience a job brings, or because they enjoy doing the extra work. Another 38% wanted the extra income, and the last 15% gave no reason why they took on multiple jobs.

There are some people who feel drawn to a calling from a young age, and manage to stick with that calling. These people often buck the trend of conformity. They are not satisfied with being told what they should do, and instead pursue what they are passionate about. The pay may be low, or unstable but they are determined enough to walk a path that satisfies their calling. The career itself doesn’t matter in this case, as long as a person loves his or her work. Think of teachers, nurses, artists, performers, factory workers, and even mechanics. The work is less about career advancement and more about personal fulfillment. A 1997 research paper title “Jobs, Careers, and Callings: People’s Relations to Their Work” details why some people feel called to a particular career.

The reality shows the majority of adults will hold multiple jobs within their lifetime. According to the Bureau of Labor Statistics, working adults will hold an average of 11.3 jobs from the ages of 18 to 46. The data was collected from 1979 to 2010. In an employee tenure summary released in September 2014, the BLS noted salary and wage workers stayed with an employer for an average of 4.6 years. Management and professional occupations often stayed with employers a little longer, up to 6.9 years. New York Times Columnist Marci Alboher, states in a 2007 article that the wave of professional reinventions is rising. Corporate job security is no longer guaranteed, and millions of Americans are finding their own career paths. Some will work as entrepreneurs, others will become consultants, and some may bounce back and forth before returning to the corporate world. Entrepreneur and author Tim Clark outlines a similar path in his TEDx Talk “Say Goodbye to Career Planning.”

There is a generation of people who don’t subscribe to the idea of having multiple careers. Perhaps the idea of changing employers within a career is normal, but they’ve never once considered the idea of going into a new field. Or they may be part of a shrinking group of employees who expect to stay with an employer for a decade or longer. Forbes contributor David K. Williams gives us “10 Reasons To Stay At A Job For 10 Or More Years.” Stability, seniority, leadership opportunities, dependability, and a say in the company’s future are just some of the reasons why people may not believe in having multiple careers, or changing careers. After all, there are many people who balk at the idea of cashing out a 401K, or selling a home if a new employer requires relocation. For these employees, consistency and loyalty is king.

Employer loyalty can be a particular sticking point when it comes to employers. Some people feel company loyalty is important and will ultimately be rewarded by employers, in the form of pensions and healthcare. There are those who believe there is no such thing as company loyalty. If a job can be wiped out by downsizing, why should anyone expected to have a long-term career within a single company?

The views on careers are diverse. The data shows us that the majority of adults will hold down multiple jobs within their lifetime. At the same time there are people who manage to find their calling in life early, and stick with their passions no matter the hardship. There are others who believe in a more traditional path of deciding on a career early, and sticking with it until retirement. The adventurous believe a career should be exciting and don’t mind changing fields until they find their passion and some workers believe it is possible to maintain more than one career at a time.

What are your beliefs about careers? Are we destined to only have one calling in our life? Or are multiple careers and career change inevitable?