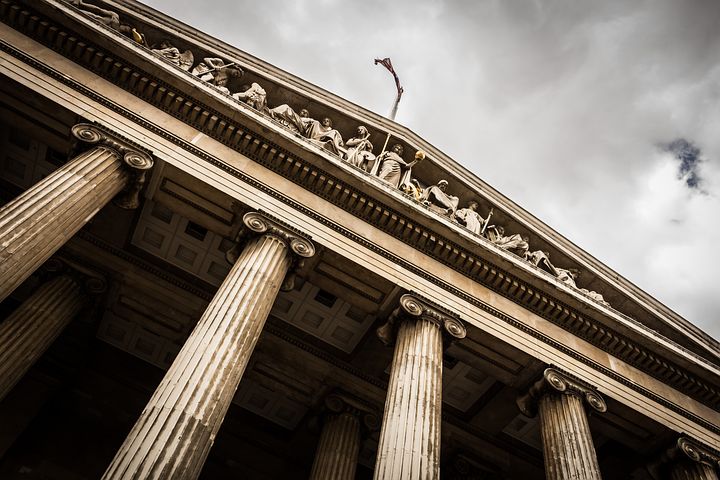 Some people pick their trade or career based on what they like doing, can easily be trained to do, and that will pay them well. And some people take the safest route, the one they think will likely lead to job security. This leaves them vulnerable to being the victim of external job conditions they can’t control.

Anyone who once thought of pursuing a job with the US government for job security is thinking again right now.

The people I have known who wanted to pursue employment with the US government had one, a combination, or all of the following motivations: Steady employment, early retirement, and/or patriotic duty. They even tend to hang flags of America and their home state (for example, the South Dakota flag) in their homes to show patriotism and to remember the greatness of our country.

A comment I read accused people of sensationalizing the personal financial crisis of government workers during the shutdown. “Come on. It’s just one paycheck. Don’t make it sound like people are starving.” Except, a resolution doesn’t appear to be close and this individual must not be one of the many Americans living paycheck to paycheck. Good for him, but he can’t empathize.

40% of Americans have less than $400 in their savings, and 67% have less than $1000. One missed paycheck means some people have to choose between eating and paying utilities. God forbid they need medical attention and have to cover a copay or deductible or have their water heater break down, or need a car repaired.

Are federal employees in the same boat as these Americans? Nobel Prize-winning economist Joseph Stiglitz believes that the percentage of government workers living paycheck to paycheck may be smaller, but there are still a large number of government jobs that don’t pay a living wage, according to the reality of living wages today.

Where I live, living expenses are supposedly $68K per year for a family my size (2 adults, 2 children.) This is based on an estimated $6,271 for medical expenses. How many people do you know that pay that little for a family insurance plan plus copays and deductibles annually? Have kids that play sports? I know parents who claim to visit an emergency room or urgent care center monthly.

I also know many families with 2 small kids who pay a lot more than $1,096.25 monthly for childcare. So, even this calculation seems to not cover actual living expenses.

Guess what’s not considered a necessary living expense: cell phones and internet access. Yet how many people would be disadvantaged in pursuing steady employment or better employment without that? Sure, there are ways, but the disadvantages are still there.

Think vacations are important? I do! Actually, if families can’t afford to travel or pay for entertainment, there are many detrimental economic impacts. In fact, it would spur a recession, if not a depression.

How patriotic can you remain if you work for a government who doesn’t pay you a REAL living wage?

So, they may be able to recruit based on patriotic inclinations, but we’re already seeing reports of government employees quitting in record numbers as a result of this shutdown.

Even before the government shut down 64% of government leaders reported difficulties attracting and retaining talent.

And how about disengagement? Even if they can attract bodies to fill the vacancies based on patriotism and retirement benefits, how can they keep their workforce engaged and productive? Right now disengagement in federal jobs mimics disengagement for private sector jobs at 66%. Globally, companies lose $700T per year on disengagement and its resulting productivity drag. While in the US, Gallup estimates the losses are somewhere in the $350B – $550B range.

So, employers lose 34% of each disengaged employee’s salary. Out of 9.1M government employees, 6M or so are disengaged. At an average $51,340 per year, the US government is right now losing $105 TRILLION on disengagement annually.

Is your jaw on the floor?

Considering what could be done for the American people with that money, this is a problem that impacts and deserves that attention of ALL Americans!

That is based on 2018/2019 current data! What happens when these numbers skew? What happens when the government finds it harder to recruit and engage talent after this shutdown? What happens when they aren’t able to sell job stability to millennials and Gen Z? Gen Z, by the way, is the generation that witnessed their parents, who worked hard and did everything they were supposed to do, still face financial ruin by the 2008 economic crash. They crave security. Now they are looking at job prospects. Is the government even going to cross their minds as a possible career path? Doubtful!

Let’s do more than just hope that this shutdown ends soon.

So what can we do? Use our voice! Use the communication channels that exist (the media, calling your Congressman/Congresswoman, social media) to raise awareness of the full breadth of detrimental impacts of this shutdown! Don’t let anyone minimize the problem! For too many, it’s very real and happening now. SHARE THIS ARTICLE!

We can also champion our federal workers, the majority of whom felt that getting a steady paycheck was more important than serving the public, and engage them from the outside by showing them that they are appreciated by the public they serve, that we know that they are critical to running our country, no matter what role they have. Thank a federal employee today!

Karen Huller, author of Laser-sharp Career Focus: Pinpoint your Purpose and Passion in 30 Days (bit.ly/GetFocusIn30), is founder of Epic Careering, a corporate consulting and career management firm specializing in executive branding and conscious culture, as well as JoMo Rising, LLC, a workflow gamification company that turns work into productive play.

She is an Adjunct Professor in Cabrini University’s Communications Department and previously was an Adjunct Professor of Career Management and Professional Development at Drexel University’s LeBow College of Business She is also an Instructor for the Young Entrepreneurs Academy where her students won the 2018 national competition and were named America’s Next Top Young Entrepreneurs.