Alternatives to Medication for Anxiety and Depression 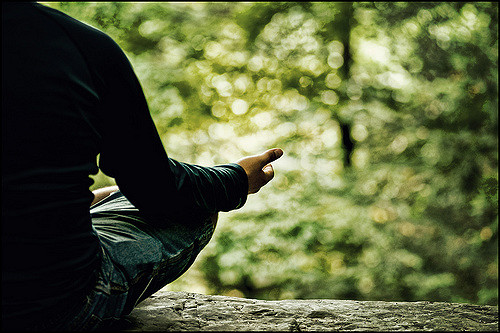 Two weeks ago I spoke to job seekers about forming habits, and I would be remiss if I did not address the emotional and psychological obstacles we often face to forming good job transition habits, including depression and anxiety. Though I did not ask anyone to speak up if they were suffering from anxiety or depression, several heads were shaking in affirmation and a few hands rose when I broached the subject.

The risk of depression and anxiety are very real during any life change, including job loss. I am not a licensed psychologist, but my relationship with my clients does often border on therapist, and I have to understand my limits and know where to turn my clients when I have reached the limitations of my capabilities and they need more help.

Why am I addressing this now? My daughter was diagnosed with ADHD in February. The learning disabilities, anxiety, depression, as well as stubbornness that run rampant through my husband’s family led many down a path of self-medication that did not end well for several of them. I have needed to explore all options and learn as much as I can about the side effects, primary and secondary, short-term and long-term of medications for all of the above. Of course, this research will be life-long.

Whatever I share with you today could be negated by new science tomorrow. The take away that I feel is most important for you, is to explore ALL of the options and educate yourself vigilantly before you take anyone’s recommendation, including a doctor. Just because it is prescribed, does not mean it is the best solution. What works for others, may not work for you. Your family or personal history may mean that even if a medication could ease the symptoms, it can lead to worse dependencies or risks of mis-dosing or overdose.

With the recent tragic loss of Chris Cornell to suicide and the public announcement of his wife that it was caused by an overdose of anxiety medication, many conversations this weekend revolved around pharmaceuticals, advertisements, side effects being worse than the condition, and class action suits.

I am not sharing conclusions, and do not claim to have conclusions or recommendations for anyone else, but I came across some significant findings in my search that could help you if you start to recognize signs of depression or anxiety in yourself.

First, HERE is a website that discusses the efficacy of various drugs treating General Anxiety Disorder based on response, remission, and adverse events.

You may find that the efficacy of alternatives to medication may not seem as strong when it comes to response, and the scientific studies on those alternatives do not seem to test based on all three measures of efficacy.

Some, however, have proven to be almost just as effective as anti-anxiety medications, including cognitive behavioral therapy. If it alone is not optimally effective, medication can be prescribed as a compliment, but be aware that some medications can actually decrease the efficacy of simultaneous psychotherapy. For many of these medications, you are NOT advised to withdrawal without the direction of your doctor and gradual decreasing of dosages, so if you find the side effects intolerable, you cannot just stop taking it.

Though this study of 37,333 patients found that medications were more effective than psychotherapies generally, but certain psychotherapies had higher than average efficacy, including mindfulness therapies (such as meditation).  Exercise proved effective, but not as effective as a placebo, and I could not find studies (among the surface search results) that tested exercise plus therapy, but if you are concerned about the side effects of medications, considering the health benefits of both, it seems worth trying first.

Here is another study, one of many, that purports that meditation is an effective way to ease symptoms of anxiety. Yet another study followed up with anxiety patients who had participated in an 8-week outpatient meditation-based program three years later, and found that the program had long-term benefits for participants, even for those who discontinued meditation, though most did not.

I also found a small study that proved spiritual healing was effective in treating depression and anxiety with just 10 minutes for three consecutive days, but the measure and scale the efficacy was presented in was different, and I would love someone who understands these studies better to shed some light on a scale-to-scale comparison.  I suppose that insurance would not cover this type of treatment, which may discourage you from trying it. Finding a trustworthy provider may also prove to be a challenge.

Studies that used music as a therapy across the board had inconsistent results for coronary heart disease patients, but had more consistent positive results when the patients chose the music.

This article obviously is not the result of exhaustive research, and, as I mentioned, results of new studies are released nearly every day. At a minimum, you can see that there are viable alternatives to medication for depression and anxiety.

An issue, however, that I must mention, is that too many people who suffer do NOT seek out any help, in spite of the options. Like the loved ones I lost, too many fail to seek out help or choose to supplement, translate or ignore a doctor’s recommendations in harmful ways. Reasons can include the need to be self-reliant, a fear of doctors, a stigma against getting such help, or an unwillingness or inability to sacrifice vices for wellness. As we have seen, it can have tragic outcomes.

For those we have lost, those we are losing, and to those we have yet to lose, I can only hope it is not in vain, and that others may find hope and healing where you could not, and rest in eternal peace.